DVD/Blu-ray Reviews: "The Myth of the American Sleepover," "Hugo," "Beneath the Darkness," "Puss in Boots," "Martha Marcy May Marlene," "Tower Heist," and "J. Edgar" 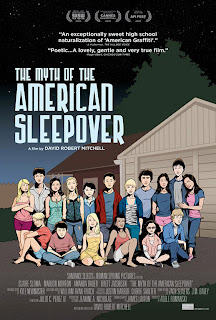 There is nothing showy or too film-y about "The Myth of the American Sleepover," a beautifully low-key slice of teenagedom from independent writer-director David Robert Mitchell. If this were a pandering Hollywood teen movie, gross-out sexism, "Gossip Girl" melodrama, and keg-party debauchery would clutter the story. Or, if a quirky Sundance indie, characters would speak in an arch jargon and cutesy folksy tunes by The Moldy Peaches would be chirping on the soundtrack. But "The Myth of the American Sleepover" is too real for that, with the telling details that most derivative one-wild-night coming-of-agers would not dare.

It's the last weekend of summer vacation in suburban Detroit, Michigan for high school teens. Hormones are raging and every kid wants to make their last moments of freedom count. Spiky, spirited freshmen Maggie (Claire Sloma) wishes she had taken more advantage of her summer to have fun, like making it with slightly older poolboy, Steven (Douglas Diedrich). That night, Maggie and her shy, bespectacled pal Beth (Annette DeNoyer) skip out on an all-girl slumber party to join an older crowd at a lakeside house party. New girl Claudia (Amanda Bauer), who's already dating a senior boy, accepts a sleepover invitation from Janelle (Shayla Curran), a popular girl on her track team that might've had history with her boyfriend. Drinking wine out of the bottle and contacting a ghost from a harmless game of Ouija ends in kissing someone else's boyfriend. Another freshman, Rob (Marlon Morton), is immediately infatuated with a pretty blonde he spots in the grocery store and although he takes his sleeping bag for a guys' night at his buddy, Marcus' (Wyatt McCallum) house, he won't give up that night to find his crush. Dumped by his girlfriend and home from school, college junior Scott (Brett Jacobsen) tracks down incoming freshmen twins, Ada and Anna Abbey (Jade and Nikita Ramsey), who are attending an orientation sleepover in the school gym.

Naturalistic and quietly observant, "The Myth of the American Sleepover" has a comfy small-town feel and a lovely eloquence. Aside from one moment where a speechifying, adult-for-his-age character nearly utters the film's title, Mitchell never has the urge to spell everything out or give us an overly tidy package, having complete confidence in his intelligent audience. The first-time actors in the novice cast aren't tan, toned, or thirty-plus years old, but look like real, normal kids. Never feeling like mere plot constructs, these teens are given plenty of room to breathe. As Maggie, Sloma especially pops, looking like a sweet-faced, pixie-haired Molly Ringwald if Miss Molly sported a nose ring and a lip stud.

Unlike 1993's 1976-set "Dazed and Confused" and 1999's '80s, Detroit-set TV series "Freaks and Geeks," the time period is unspecified and uncynical. Cell phones are nowhere to be found and designer clothes are not a fad. And though set and shot in Michigan, there's an Anywhere, U.S.A. feel, and it's photographed by James Laxton with a soft, summery quality. Every feeling during teenhood is even more specific, universal, and timeless—the awkward nerves felt around a crush, the fear and hope of fitting in, and the yearning to be liked and be kissed. Late-night kisses on a water slide and bottom-shelf vodka have never evoked more youthful wistfulness and truth. Not many teen movies can make that claim, but this one can. 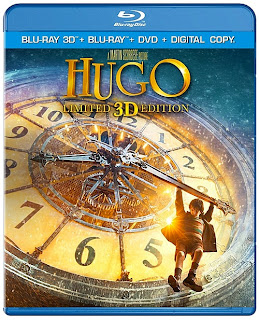 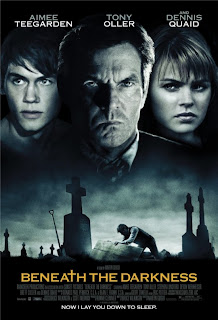 Beneath the Darkness (2012)
98 min., rated R.
Grade: D +
Released out of Hollywood, there's good trash and then there's bad trash. When 1995's awfully kitschy camp "Showgirls" has its own V.I.P. Edition DVD Set complete with shot glasses and a "Pin the Pasties on the Showgirl" game, and you laugh every time you revisit it, that's good trash. Then there's "Beneath the Darkness," a lame, obvious thriller with a cuckoo-for-Cocoa-Puffs performance by Dennis Quaid and lots of unintentionally funny moments. It's even less fun than those painfully earnest Lifetime movies that housewives still watch, and a perfectly good R-rating goes to waste.

Ely Vaughn (Dennis Quaid) is the charming mortician in a sleepy Texas town, maintaining a plantation-style home after his wife dies. Meanwhile, four teens, Travis (Tony Oller), Abby (Aimee Teegarden), Brian (Stephen Lunsford), and Danny (Devon Werkheiser), have never thought of getting drunk, so they check out the mortician's house, spotting the silouettes of a couple dancing and think it's haunted. They sneak through a window and get caught by Ely, who then throws Danny down the stairs and breaks his neck. Travis witnesses the "accident," but naturally, the cops think Ely is too good of a man to do that. Oh, whatever.

Considering there's no waste of time in having Ely pull a gun on someone and bury him alive thereafter, "Beneath the Darkness" buries its own mystery into the dirt. Between Bruce Wilkinson's threadbare screenplay and Martin Guigui's clunky direction, the film is a void of suspense. Wilkinson makes unsubtle parallels to Edgar Allan Poe's "The Tell-Tale Heart"—about a crazy killer feeling guilt—which the high school kids are reading. There's also a laughably inane dialogue exchange: "What's this about, man?" "I think you what this is about." "No, I don't what this is about." "I. Think. You. Know. What this is about." The dialogue between the teens is never more than vapid and expository. Was there a script doctor in the house? Apparently not.

One does wonder how bad Quaid's performance will get after Ely says he has two tickets to the gun show and he's not really talking about his muscles. Quaid is never creepy, unless he's sneaking up behind a character, but chews the scenery so deliriously that he automatically changes the genre into a campy comedy. It sounds fun, but it's goofy and embarrassing. Just laugh at how he sucks on an electronic cigarette when he's stressed.

The rest of "Beneath the Darkness" basically comes down to Travis and Abby proving Ely is crazier than a shithouse rat (duh). Quaid is given a standard motive to his actions that it just makes him one more deranged psycho with jealousy issues. An episode of "Scooby-Doo" has more mystery and suspense. 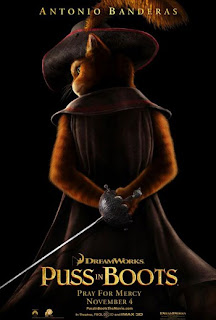 Puss in Boots (2011)
90 min., rated PG.
Grade: B
As a "Shrek" spin-off prequel that hangs up the adventures of Shrek, Fiona, and Donkey, "Puss in Boots" ain't bad one bit. After all, of all the franchise characters, the scene-stealing Puss (voiced by Antonio Banderas) deserved his own origin story, and it's many hairs better than any direct-to-video "The Lion King"/"The Little Mermaid" sequel or Tinker Bell spin-off. Cat lovers or not, "Puss in Boots" should be fast-paced, entertaining catnip and it's delightfully painless for the kids' parents.

Claiming infamous monikers such as but not limited to Diablo Gato and Frisky Two Times, Puss is not only a cute kitty but a suave and irresistible Latin-lover with an amour for whole leche (milk). He's also a petty Zorro-like bandit who takes on the score of stealing magic beans from mean outlaw couple Jack (Billy Bob Thornton) and Jill (Amy Sedaris) and growing a beanstalk in order to obtain the goose's golden eggs from the late Giant's castle. Right under his nose, a pickpocket named Kitty Softpaws (Salma Hayek) gets there and takes the beans. She's in cahoots with Humpty Alexander Dumpty (Zach Galifianakis), Puss's childhood friend-turned-enemy. Humpty is willing to forgive and forget to retrieve the special egg, but Puss still holds a grudge after seven years. (Insert childhood flashbacks to when Puss and Humpty looked out for one another at an orphanage, became besties, and then having a falling out, both feeling betrayed by the other.) Still, Puss finds it in himself to work with Humpty and Kitty to get those golden eggs and repay his hometown of San Ricardo. Let the adventure begin!

Quite surprisingly, the cracked friendship between Puss and Humpty is deeply felt, and the storytelling is engaging and just straightforward enough. Director Chris Miller (2007's "Shrek the Third") and Tom Wheeler's script (with story credits to Brian Lynch and Will Davies) gut the pop-culture reference and don't overdo the cat/egg puns. The life was drained out of the "Shrek" franchise by the fourth. "Puss in Boots" has only a few albeit amusing in-jokes to movies, including "Fight Club," "Jurassic Park," and "Cliffhanger," seeping through the paws.

The humor here is less snarky and more cleverly amusing and good-natured (Puss to Humpty: "I shall scramble you with onions!"). Since "Shrek" started out as a fractured fairy tale, this story also has its references to fairy tales (Jack and the Beanstalk) and nursery rhymes (Jack & Jill, Mother Goose). From DreamWorks Animation Studios, the computer animation is visually pleasing and beautifully textured as ever. The character design is especially impressive, with the egg-shaped Humpty the most inventive. Also, some of the action set-pieces are pretty exciting, including a canyon chase and Mother Goose's attack on a dusty town that are both rendered with great fluidity (the latter not unlike "Rango's" chase around town with a hawk).

The voice work of big stars can often distract from the characters at hand in animated films, but not here. No one else could be Puss other than Banderas, who perfectly conveys the feline's machismo and bravery with gusto. He may have the swagger of a swashbuckling hero, but he's still a cat who uses his sad, kitty-cat eyes to get what he wants and likes chasing balls of light. Hayek is appropriately sultry as Kitty Softpaws, sharing some frisky chemistry with her co-star, even in a separate sound recording studio. Galifianakis develops the needy Humpty into a fragile egg with a vulnerability and more multi-dimensionality than most movie villains. Jack and Jill are more garden-variety villains, but the nearly unrecognizable Thornton and Sedaris are colorfully amusing with a parenting subplot of their own.

Though it has less wit and lasting power than Industrial Light and Magic's immeasurably creative and witty "Rango," this film holds its own as a (hair) ball of entertainment and doesn't run out of steam. It's over before you know it in 90 minutes flat, and by the end, you actually hope Puss and Kitty Softpaws team up for a sequel. Usually, that's not desired, so count "Puss in Boots" as a cute, modest surprise. 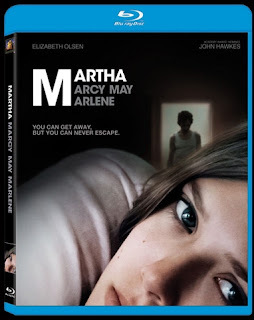 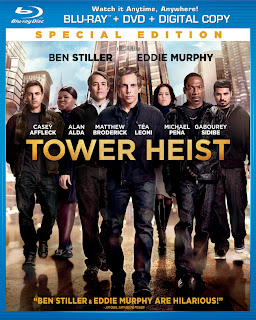 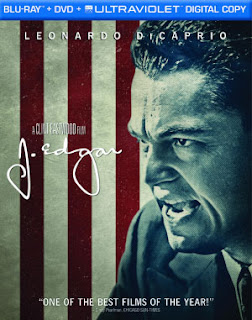