DVD/Blu-ray: Strange, demanding "Upstream Color" works out your brain without any hand-holding 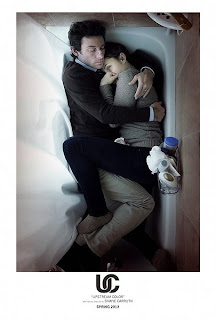 How do you even begin to explain a film as unconventional as "Upstream Color" that defies categorization, description, and total understanding? Let's start here: Shane Carruth, an engineer turned self-taught, multi-hyphenate filmmaker, only had a $7,000 budget when he first made himself known in stumping us with 2004's nifty, knotty time-travel puzzle "Primer," which won the Grand Jury Prize at Sundance. Nine years later and still wearing multiple hats, Carruth is the writer-director-actor-producer-cinematographer-editor-composer and self-distributer—a fiercely independent and ambitious auteur, wouldn't you say?—for his more accomplished sophomore feature.

"Upstream Color," an experimental tone poem about hypnosis, ice water, grub worms, pigs, and Henry David Thoreau, is as intellectually demanding as it is frustratingly baffling and unique as it is obtuse. No dinky description can really do justice to the experience of watching it for yourself, but here goes nothing. Kris (a fragile, heartbreaking Amy Seimetz) is accosted at a bar, only to become the guinea pig for a mind-control experiment by a mysterious thief (Thiago Martins). Being drugged with special grub worms that float around her system, she completes a series of rituals, steals from herself as instructed, and harms herself. Later, snapping out of the spell, she is stripped of her memory, depleted of her life savings, and unemployed. On a commuter train, Kris meets Jeff (an understated Carruth) and they begin a relationship. The couple starts finding their memories to be entangled and part of something bigger. Perhaps The Sampler (Andrew Sensenig), who has a pig farm and records ambient noises, has something to do with it.

As some films leave a lot to be desired, even fewer are the last word in originality. Then there is something like "Upstream Color," which marches to the beat of its own drummer with Carruth's own weird "life cycle" logic that challenges and might even call for multiple viewings. The narrative is vaguely linear but still fragmented, dreamlike, and often elliptical, until arriving at a purposeful and hopeful destination. Unlike Carruth's first all-him feature, "Upstream Color" is more compelling and works on a more emotionally intimate level because of Kris and Jeff (and yes, the pigs). The scarcity of dialogue recalls the trademarks of Terrence Malick and creates a fascinating, melancholic mood. Technically speaking, the film is meticulous in every way. The cinematography is entrancingly and starkly beautiful; the sound design of natural ambience (the humming of a telephone pole and leaves crunching are just two instances) and a synth-heavy score is mesmerizingly layered; and the editing is so tight and careful that it surpasses most big-budget movies. All of Carruth's two hands were on deck, so it only makes sense why the film is so confidently made.

A visual and sonic wave of hypnosis, "Upstream Color" is a one-of-a-kind coup, most certainly an arthouse film that will be seen as pretentious hot air to those who demand an easily decipherable narrative and clear-cut answers. Fortunately, Carruth isn't being self-indulgent. He's just a filmmaker with a singular voice who doesn't hold your hand but throws you in the deep end, meets you halfway, and has you take away meaning based on personal interpretation. It's more admirable than lovable but well worth seeking out; just be prepared to work and don't get discouraged if it's beyond a layperson's comprehension.