Monsters Exist: Playfully creepy "Digging Up the Marrow" worth finding through the footage 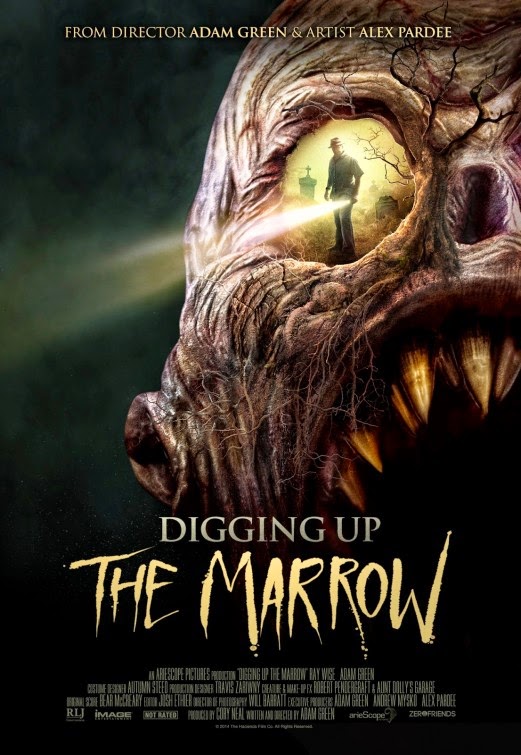 Monsters are "real" in "Digging Up the Marrow," an air-quotes documentary that doesn't completely reinvent the whole found-footage format but improves upon it. After deformed backwoods slice-and-dicer Victor Crowley and frost bite, horror filmmaker Adam Green (he of the gory, fun "Hatchet" movies, the 2010 ski-lift nightmare "Frozen," not the Disney fairy tale about the love between princess sisters, and FEARnet original series "Holliston") has devised his own kind of "found-footage" item—or, as he calls it at one point, "footage footage"—with a plethora of monsters. In the form of a documentary driven by monster fandom, the film begins with a slew of talking-head interviews by "Candyman" actor Tony Todd, "Phantasm" creator Don Coscarelli, and Troma co-founder Lloyd Kaufman, just to name a few, to prime up Green's monster-filled dreams that will soon come to life. Don't worry, though: it's only a movie, one part "The Blair Witch Project" and the other part "Night Breed" with a whole lot of Adam Green movie merchandising.

Green plays himelf, a horror/monster geek turned filmmaker—how meta!—with a new project opportunity before starting production on his show at ArieScope Pictures. With his longtime cinematographer, Will Barratt, he hooks up with retired Boston detective William Dekker (Ray Wise), who now resides in Chatsworth, California, and has been studying an underground society of monsters whom he insists really do exist. Dekker has researched over 40 different species for decades and sees monsters as misunderstood human beings born with physical deformities. Apparently, beneath the surface of the earth lies a metropolis, and the entrance of their hiding place is called "The Marrow." At a cemetery in the woods, Dekker takes Green and Barratt to the sightings. After a while of the filmmakers feeling a bit skeptical about Dekker and his research, they will get more than they bargained for, but isn't that how it always goes? To read the rest of the review, go to Diabolique Magazine.