Heads Will Roll: "The Dead Lands" numbs before it begins 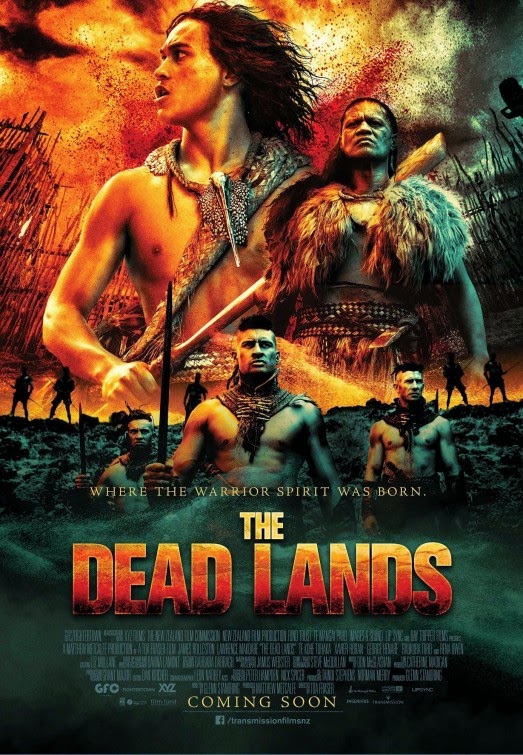 "The Dead Lands" may be the first New Zealand Maori-language action epic to shed a light on the country's indigenous people, but perhaps how one feels about it comes down to this: if you like this type of movie, you will like this type of movie. Director Toa Fraser and screenwriter Glenn Standring have gone to painstaking lengths to recreate a pre-colonial culture and that goes with the actors speaking the Maori language. The film is angry, brutally violent and barbaric, but it's such a long time coming for the simplistic plot to pick up much steam. After a rather dull first half-hour, where the viewer is ready to just put in the towel, "The Dead Lands" starts to deliver the goods and then goes out with a whimper. Nearly sixteen-seasons old boy Hongi (James Rolleston), the seemingly weak son of a tribe leader, spots rival Wirepa (Te Kohe Tuhaka) desecrating his ancestors' bones. Once Hongi tells his father, Wirepa launches a treacherous attack on Hongi's father's tribe, slaughtering his father and his people with the help from his brutish, bare-chested tribesman. Hongi narrowly escapes with his life and then seeks help from "the Warrior" (Lawrence Makoane), a cannibalistic ghost who haunts the so-called Dead Lands.

A bloodthirsty revenge B picture gussied up with an impressive scope, proficient production values and bloodshed galore, "The Dead Lands" is little more than what it is. On second thought, the film seems afraid to just be what it is by aiming to be a personal odyssey with profundity and deeper meaning that it never truly earns. There are so many interminably talky stretches about the code of honor, ancestry and revenge (or, "repayment," as it's referred to as here) that the blood-spewing decapitations just can't come quick enough. The film reminds of Mel Gibson's "Apocalypto," although that 2006 film about the Mayan civilization had a protagonist we could get behind and tension that felt tangible. Lunging to the point can help with pacing, but it's hard to latch onto anything or anyone from the very get-go. Within the opening ten minutes, Hongi's father and people are slaughtered before the viewer gets to know any of them or gets a sense of their familial unit. Beyond default that they are human beings, we have no emotional connection to any of these people, so the impact is slight. To read the rest of the review, go to Diabolique Magazine.