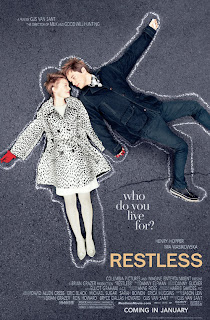 Director Gus Van Sant has proven himself a unique filmmaker, experimenting with an arthouse run, expanding into the mainstream, and then returning to independent cinema. Finding an importance in exploring the detached lives of youth, he has crafted an elegantly chilling, unshakable piece of work with 2003's "Elephant" and captured teen-skater life in 2008's melancholy, all-too-authentic "Paranoid Park." Now, with "Restless," it feels like something of a pet project, but he's working from a script by Jason Lew. This teenage "Harold and Maude" is so preciously quirky and morose that it might be a young hipster's wet dream, but everyone else might gag on the forced, unengaging whimsy.
Enoch Brae (Henry Hopper, Dennis' son) crashes strangers' funerals and pals around with Hiroshi, the ghost of a Japanese kamikaze fighter pilot. His parents were killed in a car accident that almost took his life as well, but now he's cared for by his aunt (Jane Adams). Enoch is at someone's memorial when he bumps into a gamine named Annabel Cotton (Mia Wasikowska), who doesn't let her terminal cancer get her down or erase her fascination of Charles Darwin and water birds. These two loners connect in a way they can't with anyone else, until Annabel loses her life anyway.

The actors themselves have ethereal appeal and they get to wear colorful, vintage clothing. Wasikowski, looking like a fey Mia Farrow with her cute pixie cut, is eternally lovely as Annabel. As for Hopper, this isn't the best start to judge him on. His Enoch is so odd and uncommunicative that he's hard to connect with, much less like, but the actor gives it his best shot. Both Enoch and Annabel are so self-consciously kooky that they come off like space cadets. "That tickles," Annabel goes as Enoch traces her body, like a crime-scene outline, on the black pavement with chalk. Then they go on an adorable date to the morgue because death is so rad. These teens in love just seem more curious than compelling. When Annabel's devoted older sister, Elizabeth (Schuyler Fisk), is introduced early on, she's like our safety net. Elizabeth is the most normal person in the story and has the closest resemblance to a human being.

Van Sant and his loyal cinematographer, Harris Savides, shoots this young love with a visual melancholy and uses the director's favorite liberal city, Portland, Oregon. For what it's worth, at least "Restless" looks pretty. Otherwise, Danny Elfman's score is so anonymously solemn, which is kind of like the rest of Van Sant's film. 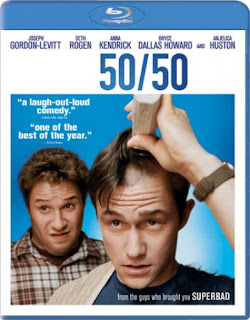 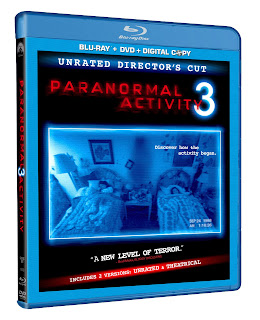 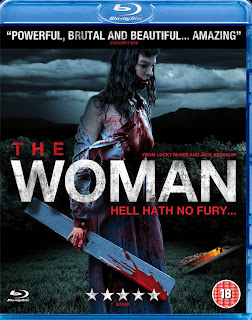 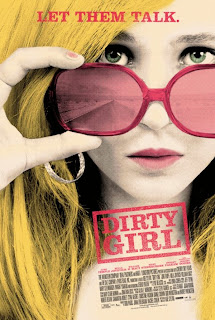 Dirty Girl (2011)
90 min., rated R.
Grade: B -
"Nobody likes a dirty girl," says the high school principal to Danielle (Juno Temple), the class tramp living in Norman, Oklahoma, circa 1987. Abe Sylvia's writing-directing debut is, in fact, called "Dirty Girl," a cheeky little comedy, road movie, and self-discovery tale all rolled into one. It's also a "nice try," meaning that the writing could've been even snarkier and sharper, but above all, still likable and often pretty charming. A soundtrack of irresistible, period-appropriate '80s songs, starting right off with Pat Benatar's awesome "Shadows of the Night," never hurts either.

For her proud dirtiness, Danielle is punished and ends up in remedial classes. There, she gets paired up with Clarke (Jeremy Dozier), a chubby closet-case, to take care of a "baby" (a five-pound bag of flour with a sharpie'd-on face that they call Joan). At home, she's indignant when her mother, Sue-Ann (Milla Jovovich), announces her engagement with her Mormon boyfriend, Ray (William H. Macy). But Danielle and Clarke slowly bond over their Daddy Issues—hers left long ago, and his (Dwight Yoakam) bullies him while his meek mommy (Mary Steenburgen) looks the other way. After unintentionally coming out to his parents, Clarke steals his dad's Cadillac and credit card, going on the road with Danielle to find her long-lost dad in Fresno. But before that, they pick up a studly hitchhiker named Joel (Nicholas D'Agosto), who turns out to be a stripper; Clarke really comes into his own; and Danielle and Clarke's friendship deepens.

Finding her niche in sassy roles ("Cracks" and "Kaboom"), Juno Temple masks her UK accent and puts on a Southern twang. She's a delightful hoot, can play sweet and saucy with equal confidence, and ultimately makes Danielle a sympathetic character. Finally, this is a star-making vehicle for her sparkling presence. Jeremy Dozier doesn't look like just another scrubbed member on Gossip Girl, and never plays Clarke as a caricature nor does he let his effeminate nature fall into exaggeration. Their road-trip sing-along with hand motions to Teena Marie's "Lovergirl" is ingratiating. The adults fare less as well, particularly in the boxed-in roles of Macy and Yoakam. But Milla Jovovich has actually never been better in a role that calls for warmth and uncertainty, and Steenburgen is always a ray of light and compassion.

Though it initially lives in broad, brazenly colorful John Waters Town, being played for snarky laughs, "Dirty Girl" isn't above having some sweetness to it. It takes a familiar path, but some of the detours avert our expectations. For instance, Danielle enters a striptease contest with a nice surprise that doesn't revel in tacky gay clichés. The father-daughter reunion is surprisingly deeply felt the way it's played by country star-turned-actor Tim McGraw and Temple. The only relationship that never satisfyingly rings true is the one between Sue-Ann and Ray (William H. Macy).

As filmmaking, Sylvia's first effort is uneven and not completely assured, but "Dirty Girl" will play earnestly on the LOGO Network. Watching Temple and Dozier together is the movie's greatest pleasure. Especially when Sylvia sets the scene to Melissa Manchester.