Girls Just Wanna Get Even: Diaz and Mann try to smarten up "Other Woman" 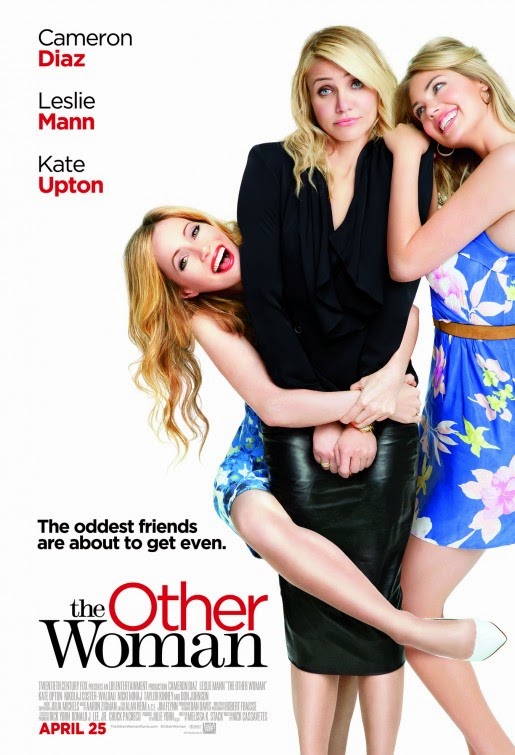 For a while now, women's pictures have been reduced to being called "chick flicks," a term that must mean anything about women and for women should be dumbed-down, glossy and cutesy. 2011's female-centric "Bridesmaids" took care of slamming that term, and at first, "The Other Woman" is a bit smarter than most, being about two wronged women becoming the unlikeliest of friends when they intend to stick it to the same man. As the film goes along, though, tyro screenwriter Melissa K. Stack finds more use for over-exaggerated shtick and silly, grade school-level pranks of the "clean-the-toilet-with-the-enemy's-toothbrush" variety. Director Nick Cassavetes (2009's "My Sister's Keeper") also has never met a more obvious and more clichéd musical choice he didn't like (including "Love Is a Battlefield," the "Mission: Impossible" theme, "Girls Just Want to Have Fun," and Frank Sinatra's "New York, New York") to play over a montage or five. If only it weren't so dumb, but this featherweight, intermittently funny fluffball of escapism banks on its gamely affable stars, and Cameron Diaz and particularly Leslie Mann are just too hard to resist.

Tough N.Y.C. lawyer Carly (Cameron Diaz) thinks she's finally found the right guy to settle down with after hooking up with smooth Internet entrepreneur Mark (Nikolaj Coster-Waldau) for a few months. When he cancels dinner plans to meet her many-times-divorced father (Don Johnson) due to a plumbing problem at his Connecticut home, Carly shows up. Who else answers the door than Kate (Leslie Mann), Mark's wife, but Carly refuses to be a home-wrecker, so she ignores Mark's calls and stops seeing him. The next day, the manic Kate drops in at Carly's work and keeps stalking her, looking for answers and realizing she has no one else to turn to, except for the mistress to her cheating womanizer of a husband. Carly practices tough love with Kate before they start bonding over dinner, heavy drinking, and shoes. As the unlikely pair hatches a plan to get back at Mark in the Hamptons, it seems there is another "other woman." Enter blonde, busty 21-year-old tart Amber (Kate Upton). To make a long story short, the three of them form a yin-yang-boobs bond and turn the tables on Mark, slipping him laxatives, hair remover and estrogen tablets before framing him for his investment schemes.

As one can probably gather from the studio's marketing and that synopsis, "The Other Woman" is not operating as an authentic study in female behavior or women's lib. Billed as a female-bonding revenge comedy-fantasy, it is purely that and nothing more. However, the film's undemanding aspirations and how well they are executed are entirely different matters. For about the first 30 minutes, Carly and Kate feel like real women who could exist on planet Earth. Their burgeoning relationship might still be a screenwriting contrivance, but between the characters' exchanges and the stars themselves, it works surprisingly well. The subject of infidelity is treated seriously enough and carries a pleasant tone throughout with some recognizable humanity from these two women. Then, at some point, most of that good will drowns, as if the rest of the movie was seized by a pod person who binge-watched too many Adam Sandler movies and littered this one with wacky slapstick and lazy, pandering scatology. The few exceptions that earn the only big laughs include Kate having a panic attack and wanting to get some air from a high-rise window, as well as a scene where Carly and Kate are found by three landscapers in the bushes. Otherwise, it's apparent that a woman has to fall down from a broken heel or fall backwards out of a two-story window to desperately get a laugh. Or, a Great Dane is on hand for a poop and testicle joke. And much, much worse is one prolonged eye-roller of a "fecal incident," complete with explosive sound effects of relief.

Cameron Diaz has toned down her wide smile from "Charlie's Angels" and "The Sweetest Thing" (two more fun girls-just-wanna-have-fun romps), but she is still a bright performer when it comes to handling zingy one-liners and broad physical comedy. Here, as the steely, grounded Carly, Diaz gets the chance to be the straight man in the situation and play an intelligent, independent working woman who sticks to her guns. It is Leslie Mann, however, who drives off with the movie with her ad-libbing skills and perfect comic timing. Because of Mann, the needy, talkative, meltdown-prone Kate is sympathetic and actually kind of lovable when she could have been stuck as a whiny, annoying martyr or delicate flower. The scene with Kate removing her wedding ring on the beach in the Bahamas is of particular worth; it's a sweet and much more touching moment than it should be, given the cheesy dramatic ballad on the soundtrack telling us how to feel. The odd one out is Sports Illustrated swimsuit model Kate Upton, who looks quite lovely bouncing along in a white bikini—in slow motion, no less. As nice bimbo Amber, or the Bo Derek/Brooklyn Decker role, Upton has a few throwaway moments to act disarmingly dim with a blank, deer-caught-in-the-headlights face, but she just looks in over her head with nothing going on beneath her sunny disposition. It's certainly not the 21-year-old model's fault, although someone equally gorgeous and daffy might have brought more to the egregiously underwritten role. Bringing a bit more scene-stealing snap is pop singer Nicki Minaj, in her acting debut, as Carly's sassy, bodacious secretary. Also, with his stubble and piercing eyes, Taylor Kinney (TV's "Chicago Fire") is a charming gentleman as Kate's contractor brother Phil, who's immediately taken by Carly.

Never has a sparkling, entertaining comedy so slowly derailed from squeezing in tacky, flat-footed bathroom humor since the 2001 Monica Potter-Freddie Prinze Jr. romantic-thriller-farce "Head Over Heels." Cheerfully estranged from reality and appealed down from an R rating, "The Other Woman" is not a great movie by any stretch; as for originality, this is all very "9 to 5" mixed with "The First Wives Club." For all its fickle tonal shifts, lurching from forced farce to dramatic pathos, it's still hard to get too angry about. There's something innocuously amusing about a 2014 comedy having its three women conduct a stakeout with binoculars on a wide-open pool deck in broad daylight and no one asking questions. If two funny, photogenic women have to pratfall and vomit in their purses, it might as well be Diaz and Mann, but they're clearly up to the task of participating in comedic and dramatic fare of equal intelligence to them.