Stepford Retreat: "The One I Love" a smart look at relationships with a magical bent 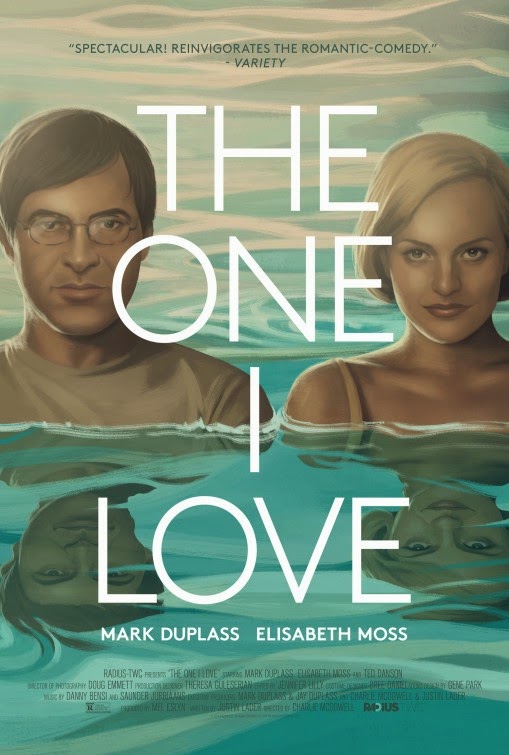 Relationships can be hard work. We all make mistakes, but if one partner does something to lose the other partner's trust, it can be an uphill battle to regain that trust again. We all have high expectations for our partners, too. Author Charlie McDowell understands these notions in "The One I Love," marking his directorial debut, which is so deftly executed one wouldn't expect it to come from a first-timer. It is essentially a two-hander (or would it be a four-hander?), plus one TV's "Cheers" veteran as the catalyst, on the same wavelength as Spike Jonze and Charlie Kaufman with its touch of "Being John Malkovich." An incisive, cleverly fresh and provocative take on marital relationships and embracing the flaws in our significant others rather than hoping for an idealized version, "The One I Love" is one low-budget indie that might be best seen without knowing a clue. In concentrating more on characters than plot gimmicks, it proves smart, engaging ideas and nuanced performances are better than anything money can buy.

Holding onto happy memories of when they first met, married couple Ethan (Mark Duplass) and Sophie (Elisabeth Moss) have lost the magic and are out of sync. At a therapy session, their marriage counselor (Ted Danson) recommends they go on a weekend retreat in a bucolic, secluded vacation home, where other couples have all returned home "renewed." Ethan and Sophie give it a go, and once they have settled in, made and eaten dinner and shared a joint, Sophie walks over to the guesthouse, only to soon be joined by Ethan and then the two make love. But when Sophie decides they should sleep over in the guesthouse, she goes back to the main house and finds Ethan already asleep on the couch. What could be going on? Divulging more would spoil some of the fun that's more gratifying for the viewer to discover on their own.

Written by Justin Lader and directed by Charlie McDowell, "The One I Love" has an inspired conceit that depends all on the element of surprise and its insight into interpersonal relationships. For a dramedy with a fantastical bent, director McDowell does show a subtle hand without too much whimsy or creepiness but a wonderful middle ground with heightened amusement, generous observation and an underlying menace. "Some weird 'Twilight Zone' shit is happening," a befuddled Ethan says to his wife, and that's all can be tipped off about what the couple finds in that charming guesthouse. The curious scenario at the core of the film is left as an inscrutable mystery, and it's just as well, since the screenplay could have bogged itself down in laborious explanation. Instead, it drops a few hints and leaves it at that, which might dissatisfy a certain percentage of viewers, but too many answers might have diluted the film's purpose. After all, this is less of a film about rules than relationships.

Both relatable and appealing in their own right, Mark Duplass and Elisabeth Moss (TV's "Mad Men") click terrifically as Ethan and Sophie, spouses who haven't clicked in a while. Their assignments are challenging and they both pull off distinct variations on their characters, being able to go warm and cold. Neither strains for sympathy, and yet they both earn it. Sly, little physical and behavioral changes are made important, like Ethan's messy hair and Sophie's pinned-up hair and sunny, submissive disposition, as well as her sudden will to cook Ethan bacon. Doug Emmett's cinematography also warrants mention, grounding this surreal situation more so by lending an idyllic, naturally magical glow, as do composers Danny Bensi and Saunder Jurriaans' ("Enemy") whimsical music score. Even the visual effects are seamless for such a small-scaled production.

With improvisation being encouraged on set, "The One I Love" still feels tightly scripted. Even when the film raises more questions than answers about Ethan and Sophie's therapist's ways, it more importantly analyzes some uncomfortably prickly truths in all of us. What if everything you loved about your partner when you first met them was now gone? Would you do anything to get that magic back? For Ethan and Sophie's sake, the viewer hopes they can work it out and resist the temptations that the guesthouse presents to them. Go into this little film blind and you will be completely thrown for a loop.