It's Back: "The Pact 2" conjures up jump scares but little suspense 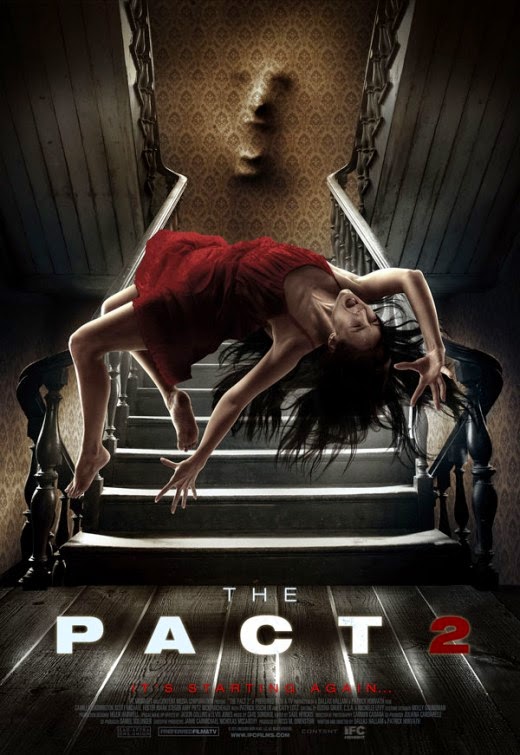 Writer-directors Dallas Richard Hallam and Patrick Horvath made a little knockout of a movie with 2012's "Entrance," which was described as "mumblecore with stakes." For now, before they make another original film on the crafty, emotionally rattling levels of their feature debut, they have taken over for Nicholas McCarthy of 2012's "The Pact" and produced a sequel, succinctly titled "The Pact II." As McCarthy moved on and proved again in his latest, the cleverly dread-filled "At the Devil's Door," Hallam and Horvath prove themselves to still be confident men of their craft. The handing of the baton is seamless, both pictures building a creepily low-key dread, but what no one has really figured out is blending ghosts and a serial killer. Even when dealing with the supernatural, there should be established rules, something that should tell us where we, as well as the characters, stand in the film's reality and something the original and this new follow-up muddle up. Rather than advance the saga of "The Judas Killer" in any surprising or satisfying way, this one just sort of treads water until it's over. To read the rest of the review, go to Diabolique Magazine.