Friends 'Til the End: Frank, beautifully acted "Miss You Already" more than just a tearjeker 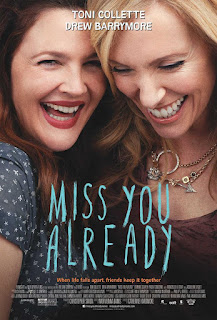 "Miss You Already" could be 2015's answer to "Beaches," as it's not only a love story between bosom buddies but a Kleenex-ready cancer drama. If there's a way to tell a story about cancer, avoiding downbeat despair and plugging in distinctly English humor without seeming flippant or anything less than honest, director Catherine Hardwicke and screenwriter Morwenna Banks (whose 2013 BBC radio play "Goodbye" was the inspiration) do it well, finding a tricky balance between dignified and accessible. This is an equally tough and compassionate film, reflecting some of the edge of Hardwicke's best film (2003's "Thirteen"), in its depiction of a complex friendship dynamic and battling a disease together. The two deftly cast lead actresses, Drew Barrymore and Toni Collette, are the film's heartwrenching foundation, and they push it way above just another disease-of-the-week telepic.

Ever since Jess (Drew Barrymore) moved to London when she was a child, she and Milly (Toni Collette) have been best friends for nearly thirty years, being there for one another through the good and bad times. Milly, now a stiletto-wearing PR exec, has always been the free-spirited one; she married her rock 'n' roll roadie lover, Kit (Dominic Cooper), after becoming pregnant with their first of two children. Working as an environmental planner, Jess lives the bohemian life with husband Jago (Paddy Considine) on a houseboat and keeps trying to get pregnant. When Milly is diagnosed with malignant breast cancer, she doesn't know how to tell Jess or her family before undergoing chemotherapy treatments. Jess is there for Milly through every moment, but when she successfully becomes pregnant, she can't bring herself to tell her best friend of the good news due to the improper timing. 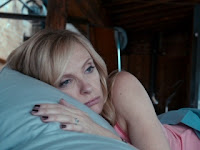 Never glossing over the process of terminal illness, "Miss You Already" isn't afraid to be frank and uncompromising, nor is it a straight-up downer. It would be so easy for the film to martyrize or sanctify Milly after her diagnosis or to shy away from the ugliness of cancer, but Morwenna Banks' screenplay allows the ill character to still be a flawed, fallible and self-destructive human being. Milly fully admits to being shallow and vain, and when feeling less desirable by her husband, she tries attracting the attention of nice bartender Ace (Tyson Ritter). She inevitably loses her hair and has her head shaved before choosing a wig, experiences nausea from the drugs and chemo, and eventually endures a mastectomy, which forces her to lose her assets. Luckily, the film is still framed as a love story between Jess and Milly. They bond over Emily Brontë's novel "Wuthering Heights," doodling mustaches on model's faces in magazines, and R.E.M.'s "Losing My Religion" when taking an impromptu taxi ride to the Yorkshire Moors (the setting of "Wuthering Heights"). When these friends' dynamic changes, they become less open and communicative, but it's more of an inexorable conflict in their relationship and less of a contrived requirement of the plot.

As slightly codependent friends Jess and Milly, Drew Barrymore and Toni Collette complement one another. Barrymore is sweet and likable, no matter what. Her Jess is so decent and modest that she can't find herself to tell her best friend about her positive pregnancy test in fear that such good news will seem like gloating over Milly's  deteriorating health. Toni Collette is exceptional with the flashier and more challenging role as Milly, and the fact that we continue to care about her even as the cancer exacerbates how selfish she can be is a testament to Collette's performance and the balance from Barrymore. Dominic Cooper and Paddy Considine obviously have the less-defined roles as Milly and Jess' husbands,  Kit and Jago, respectively, but they aren't exactly shortchanged, either. Cooper and Considine have lived-in chemistry not only with their female screen partners but an amusing rapport with each other. Jacqueline Bisset, as Milly's daytime-soap actress mother Miranda who wasn't always around for her daughter, is also a standout and never relegated to just play the comic relief.

Where "Miss You Already" ultimately goes will not surprise anyone who's expecting a movie that is designed to give audiences a good cry, but there's something to be said for a film that rarely slips into maudlin clichés or feels transparently manipulative. This one earns every sniffle and tastefully provides unforced levity when it's needed the most. At the onset, the film is a little sloppy in terms of voice-over battling music and a camera that refuses to take a rest but recovers quickly. In spite of some unmotivated handheld movements by an ever-roaming camera, the cinematography by Elliot Davis is intimate. Claire Finlay's costume design for Jess and Milly also reflects their contrasting lifestyles, the former more homey and bohemian and the latter always looking like the life of the party in her seven-inch Louboutin heels. Far from being just a tearjerker or a so-called "chick flick"—the term "women's picture" is a little more preferable but still limiting—"Miss You Already" is smart and soulful, a weepie that works on its own with a spikily humored script, raw emotional honesty, and beautiful chemistry.