Summer of Love: Sensuous, achingly real, beautifully acted "Call Me by Your Name" makes one fall in love 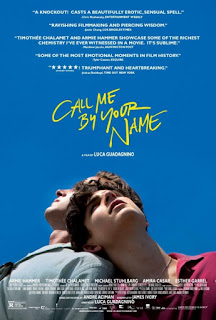 First love and sexual exploration are memorable touchstones in one’s life. There is the thrilling buzz, the nervousness, the heartbreak and all the feelings of experiencing an attraction to someone. Adapted from André Aciman’s 2007 novel by writer James Ivory and directed by Italian filmmaker Luca Guadagnino (2016’s “A Bigger Splash”), “Call Me by Your Name” beautifully captures the unspoken yearning and feelings that are finally acted upon before it’s too late. A ripe romance but also a coming-of-age story, the film is as gentle, sensitive and observant in gaining insight into two people who find a deep connection. Swooningly sensuous, breathtaking and impassioned, “Call Me by Your Name” is intoxicating cinema for all of the senses, and it wouldn’t be premature to call this an all-timer of all the love stories ever told. 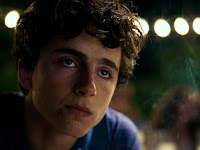 It’s the summer of 1983 in Northern Italy. Worldly 17-year-old Italian-American musician and book worm Elio (Timothée Chalamet) is spending the season with his parents in his family’s villa, surrounded by an apricot orchard. His scholarly father, Professor Perlman (Michael Stuhlbarg), and translator mother Annella (Amira Casar) rent out a room every summer to a doctoral student for a six-week internship. This year, the student is a hunky, confident, preppy 24-year-old American named Oliver (Armie Hammer), who is everything Elio is not. Elio spends his days transcribing music, reading, swimming, riding his bike and flirting with a French young woman, Marzia (Esther Garrel), but when he offers to show Oliver around town, the arrival of this man stirs something in Elio, as he no longer knows how to hide his feelings for Oliver. Though there is a difference in age and experience between them, Elio and Oliver are intellectual equals and become much more than friends.

“Call Me by Your Name” is a simple story that takes its time patiently unfolding like the relaxed, leisurely nature of basking in the sun during a summer in Italy, but as told through the eyes of Elio, it is rich, subtle and complex in emotion. When anybody feels a connection with another human being, there is always that rush of infatuation but also a sense of hesitancy, questioning whether or not the feelings are mutual. Director Luca Guadagnino lets the tension between Elio and Oliver simmer with long glances and neck rubs, and the emotional beats come organically at unexpected times. When their true feelings are finally revealed and they meet at midnight in Elio’s bedroom where Oliver is staying, the moment between them makes one’s own heart flutter. The only villain here is time. Their connection is powerful and life-changing but ephemeral. It can’t last, but the viewer wants it to as much as Elio and Oliver. For those who might question the relationship between a 17-year-old and a 24-year-old, Elio and Oliver’s summer romance is completely consensual and conveyed without any judgment. Love is love.

There is never a whiff of contrivance or artifice that anyone watching just feels like they are living along with Elio and Oliver, and that is a large testament to the performances and how they make the sense of longing so palpably strong. 21-year-old Timothée Chalamet is astonishing as Elio, who’s intellectually mature but not emotionally there yet. He’s still a boy with a gangly, boyish body, but the actor seamlessly veers between English, Italian and French, which goes to show that this character is quite wise beyond his years and yet still figuring himself out. A strapping, handsome adonis in his own right, Armie Hammer proves that he is much more than that and makes a bold career move here. As Oliver, he is articulate with a natural charisma, and yet he is understandably tentative about acting on his desires toward Elio, considering he is a guest in Elio’s parents’ home. There might be a certain American arrogance to Oliver at first; for instance, his way of excusing himself from the breakfast or dinner table and saying goodbye by saying, “Later,” comes off glib to Elio, but that swagger might also be something that attracts Elio. Together, Chalamet and Hammer have such an intimate, overwhelming chemistry that sizzles and gives one butterflies in his or her stomach. When Oliver later whispers to Elio, “Call me by your name, and I’ll call you by mine,” after they consummate their secret relationship, it is such a tender and true form of pillow talk that it makes one hope their love can survive. As Elio’s progressive father, Michael Stuhlbarg (who’s having a banner year) remains mostly in the background for much of the film, but he is excellent and turns a heart-to-heart with his son into one of the wisest, most open-minded and most compassionate monologues seen and heard on screen in a long time. It encapsulates the entire film without feeling like hand-holding because the scene is so eloquently written with the utmost humanity and all of these characters have been established as polymaths.

Director Luca Guadagnino somehow has the gift of making all of the senses feel vivid and tactile, from the sound of wet swim trunks hung up to dry, to the smell of cigarettes, to the taste of a peach, to every touch, and never before has a piece of fruit been the source of such erotic pleasure. Cinematographer Sayombhu Mukdeeprom’s luscious 35mm images are shot with the inviting warmth and lushness of Italy, and without ever coming off exploitative or even safe, the scenes of sexuality are simultaneously passionate and artfully restrained. Sufjan Stevens’ original songs “Mysteries of Love” and “Visions of Gideon” are even dramatically resonant, and one is bound to never hear The Psychedelic Furs’ bouncy ‘80s New Wave song “Love My Way” the same way again as it is used to truly joyous, alive effect. By the stunningly melancholy final moments of the film, where the camera dares to stay on Elio’s aching face, the viewer feels exactly what Elio feels. Not every film has one carrying with them the lingering, poignantly felt punch of its final shot, but “Call Me by Your Name” is a moving, truly special film that means as much to us as Elio and Oliver mean to each other.