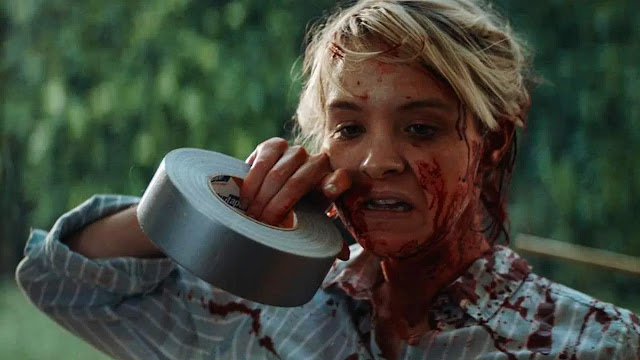 Fierce, righteously incensed satire “Lucky” tackles its themes head-on through a deliberately absurd time-loop slasher premise somewhat in line with “Happy Death Day.” Shrewdly written by Brea Grant (who also stars) and directed by Natasha Kermani (2017’s “Imitation Girl”), the film is an experiential wake-up call that puts the viewer into a woman’s perspective with a true-life nightmare scenario. Through its slasher/home-invasion prism, “Lucky” gets at something real and relevant: victimization and gender-based responses to trauma.

The naturally charismatic Brea Grant (2018's "Dead Night") commits to all of the emotional and physical demands as May Ryer, a self-help author who can’t seem to get her latest book off the ground. Publishing proves to be the least of her woes when May spots a masked man trying to break into her house. When she goes to wake up her husband (Dhruv Uday Singh), he’s very cavalier and seems to know that the man comes by every night to try and kill them, or mainly May. They manage to knock the intruder out, but the man gets away before the police arrive. This becomes a pattern for May, as every night presents her with another opportunity to kill her home-invader. May pushes him down the stairs and stabs him in the throat, only to see him escape and keep coming back again.

Whereas some contemporary female-fronted films, like 2019’s “Black Christmas” remake, can be valiantly well-intentioned but clumsily on-the-nose and alienating with their blunt messaging, “Lucky” has more of a tonal command. Director Natasha Kermani takes the real-world horrors for women and heightens them to still execute a prudent, entertaining genre film. It isn’t a subtle metaphor, but since when does subtlety always have to be a necessity? Brea Grant’s stabby script pushes the normalcy of women fighting every day, being made victims, and not being believed to absurd degrees, but knowingly so. The characters around May seem to paint every type of person: there are those who don’t listen, those who try to support and call you “so brave,” and there are men in authority who tell the victims to stay calm and “be vigilant.” “Lucky” couldn’t possibly go on much past its 81-minute running time, but as a sustained horror film as a metaphor, it wears its potent themes on its slashed-open sleeve without overriding a woman just telling her story. 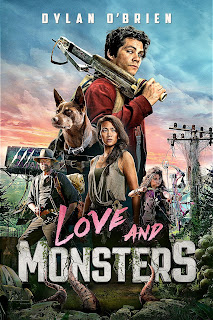 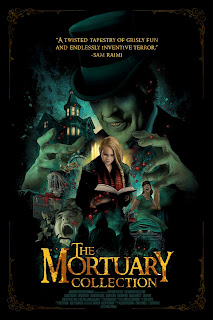