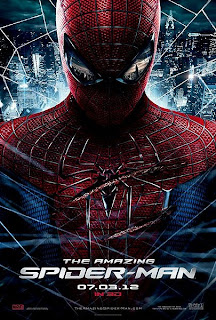 One of the laziest, most redundant moves in Hollywood is rebooting a franchise. And yet, superhero movies have an above-average success rate. Take Christopher Nolan's "Batman Begins," followed by "The Dark Knight" (and the upcoming, much-anticipated "The Dark Knight Rises"). They not only brought a new lease on life to the dwindling, Joel Schumacher-ized franchise, with darker, more complex tones, but have been some of the most indelible superhero movies in recent memory. To a lesser, but still reasonably good, extent, 2008's "The Incredible Hulk" was remade only five years after Ang Lee's "Hulk," and it was a totally separate entity with a lighter tone and both films now make fine companion pieces. Now, as for the three-part Spider-Man saga (2002's "Spider-Man," 2004's "Spider-Man 2," and 2007's "Spider-Man 3"), being only a decade old, is it too soon for a reboot? After Sony Pictures canceled the development of a "Spider-Man 4" and opted for a new director and cast to tell virtually the same story, it's impossible not to feel an air of déjà vu with "The Amazing Spider-Man," aka "Spider-Man 2.0." Thus, comparisons are unavoidable to Sam Raimi's not-too-distant franchise. On its own terms, this is a solidly entertaining picture that's better and worse than its forbearers. When you really get down to it, it is what's on the screen that matters.

There's no getting around that "The Amazing Spider-Man" is yet another origin story that we already know. Though sold as "the untold story," it's back to square one with James Vanderbilt's screenplay (co-written with Alvin Sargent and Steve Kloves) following most of the same story beats, despite some tweaks of its own. This time, a young Peter Parker goes to live with his Aunt May (Sally Field) and Uncle Ben (Martin Sheen) when his father's study is ransacked and both of his parents (Campbell Scott and Embeth Davidtz) depart. Now 17 years old at Midtown Science High School, Peter (Andrew Garfield) is mathematically brilliant, snaps photos for the yearbook, and pines after fellow classmate Gwen Stacy (Emma Stone), not Mary Jane Watson. Discovering his scientist dad's old files that reveal the inter-species genetics Dad worked on with one-armed biochemist Dr. Curt Connors (Rhys Ifans), Peter sneaks into an intern tour (where Gwen happens to be mentored by Connors) of the high-tech Oscorp lab. He gets bitten by a radioactive spider (check) and develops spider-like abilities (check).

Peter's awestruck surprise of discovering his new strengths and abilities is amusing and longer here. He has such quick reflexes and a heavy fist that he smashes his alarm clock and makes a mess of the bathroom when brushing his teeth. Even on a city train, when standing up to some riffraff, he can't quite get rid of the stick on his hands. And again, he gets to humiliate the jock, Flash (Chris Zylka, who does some softening of the bully), only this time in the school's gymnasium with a basketball. Once Uncle Ben is killed by a robber (that's no spoiler), Peter's Spider-Man alter ego takes over, as he becomes the vigilante with a cause to find Ben's killer, much to the dismay of Gwen's police-captain father (Denis Leary). But Spidey has bigger fish to fry when Connors' experiments with reptile DNA on himself to grow back his lost arm and turns into The Lizard, wreaking havoc all over the city with his nasty scheme involving a green biological agent. Rhys Ifans' villain is menacing enough, though less so than Willem Dafoe's Green Goblin and Alfred Molina's Doc Ock, and mostly creates a lot of public damage. There's some dread building with James Horner's moody score, especially the thundering piano keys when Gwen hides from Connors' Lizard in the lab. In mad-scientist form, he's interestingly complex, consumed by science and conflicted with having had a work relationship with Mr. Parker but not completely evil.

One of the freshest wrinkles of this retelling is making Peter less of a wimpy nerd and more of a gangly, skateboarding hipster-misfit that can stand up for himself (and geeks punier than himself), even before inheriting the Spidey senses. Already establishing himself as a very talented actor (watch a double-feature of "Never Let Me Go" and "The Social Network"), 28-year-old Garfield brings credibility and emotional weight with a bit of twitchiness and James Dean-y rebellion to the teenage role of Peter. In a way, Garfield is a better fit for the Peter Parker half, while the then-27-year-old Tobey Maguire more believably filled the suit. (For comic geeks, another change is having Peter build an artificial web-shooter on his wrists.) The always-lovable Stone is perky as Gwen (played by Bryce Dallas Howard in "Spider-Man 3"), who could have been developed more on the page, but the actress gets to use her sharp wit and really plug into the character's emotions. Plus, her Gwen is a science-whiz hottie in short skirts and knee-high boots. Together, Garfield and Stone have a cute, flirty chemistry, one adorably awkward highlight being when Peter sort-of asks her out but doesn't actually come out and say it. Still, as good as these two are, they can't erase Maguire and Kirsten Dunst, who managed a more deeply felt connection. As Peter's surrogate parents, Sheen and Field lend gravitas as Ben and May, even if it's hard to forget Cliff Robertson and Rosemary Harris. And yes, Sheen gets to speak a variation on Robertson's memorable advice, "With great power comes great responsibility," along with a moving voicemail that he left to Peter before his death.

"The Amazing Spider-Man" has a more solemn (but not humorless) tone, grounded in reality rather than a comic book, like Raimi's fun, progressively darker franchise. The aptly named director Marc Webb widens the scope for the springy, web-slinging action and ups the excitement by improving upon the distractingly cartoony CGI from 2002. The saving of a burning car (with a boy inside) hanging off a bridge and the briefly used POV shots of Spidey swinging through the city are most memorable. Taken as a whole, Webb's "The Amazing Spider-Man" doesn't quite touch Sam Raimi's colorfully entertaining and emotionally rich films, especially in the drama and relationships, which comes as a disappointing surprise since the director's feature debut was the very romantic 2009 indie "(500) Days of Summer." As for stand-alone value, the fact that two plot threads feel pretty incomplete after being introduced makes this film's existence feel like money-grubbing — waiting for the sequel is just cheap. Look, this one has its merits, including Marvel king Stan Lee having his funniest cameo yet. We didn't really need a reboot, but we'll take it. Judging by the mysterious mid-credits stinger, we clearly have no choice but to enjoy a whole other franchise.