Alien Girls Are Easy: Eerie, alluring "Under the Skin" will get under yours 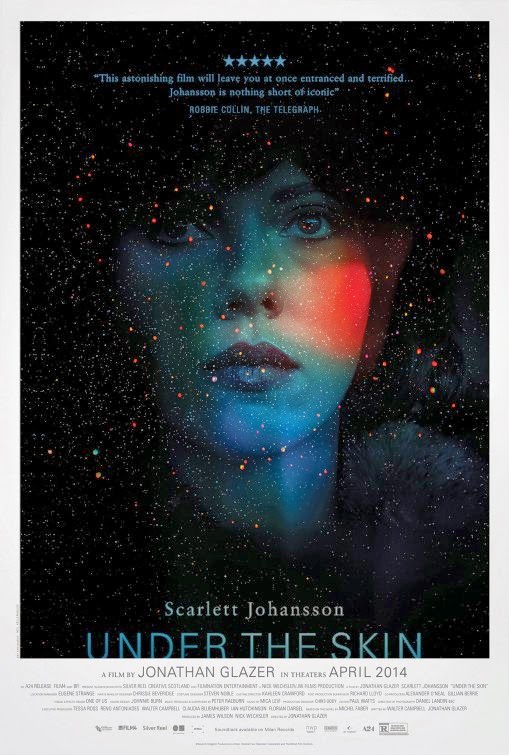 Sight unseen, the film about a frequently nude Scarlett Johansson as an alien preying on men might sound like the logline for a cheesy sci-fi farce directly lifted from 1995's "Species." In actuality, it's far from it. The long-overdue follow-up to "Sexy Beast" director Jonathan Glazer's half-spellbinding, half-absurd 2004 psychological drama "Birth," wherein Nicole Kidman's character faced a 10-year-old boy claiming to be her late husband reincarnated, "Under the Skin" is a horror-tinged art piece that is strange with a capital S. Everything about it is hypnotic, provocative, contemplative, and indescribably unlike any other film out there. However, if you are just buying a ticket to see the actress' body on display, you will fall asleep before you even see the goods and then, if you do not walk out, leave scratching your head. Everyone else who has patience and is willing to give it a chance will be in awe. 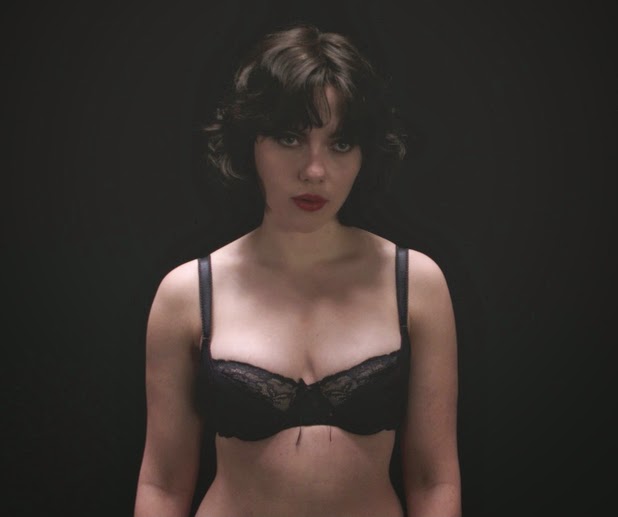 Liberally adapted from Michael Faber's novel of the same name by Glazer and Walter Campbell, the film is an abstract journey through the discovery process of what it is like to be human. From the quiet, measured first frame, one will know not to expect any short takes or fast cuts. A white dot appears in the distance of a blank, black screen and gradually grows closer and closer, until it begins to flicker. Could it be the light of a film projector? It becomes clear that all of these shapes represent the formation of a human eye. Then we hear a husky but feminine voice with a British accent repeating words and sounds as if learning them for the first time. Credited as "Laura," a cryptic alien woman (Scarlett Johansson) strips the clothes off of a human woman in a bright-white space. She purchases a fur coat to wear and some lipstick to apply, then drives around Scotland in a white van, on the prowl to pick up a single man who won't be missed. Once she pretends to ask them for directions and then takes each one of them home, they both enter a void of blackness. She begins undressing. The men follow and undress as well. As she keeps moving forward on the dark surface, the men sink down into a black liquid. It's not until she meets and seduces a lonely, facially disfigured 26-year-old man (Adam Pearson) whom she treats with a sense of compassion for the first time.

Fraught with a sinister threat and vulnerable longing, "Under the Skin" is at once artfully elusive yet mesmerizing and disturbingly freaky in how it looks and sounds. Though it does have its own version of a three-act structure, this film is not a conventional narrative that will fit into a tidy box and it's not a story so much as an experience. With his consummate technique that displays an admiration for Stanley Kubrick but an auteur's singular, arresting vision without mimicry, director Glazer clearly trusts his audience and allows them to think for themselves, opting for an enigmatic style of storytelling and subjective interpretation. What does Laura need from these men? Who is her motorcycle-riding fixer (Jeremy McWilliams)? Why is she unable to consume a bite of chocolate cake? None of these answers are spelled out to us with an overhead projector or cheat sheets, although those paying attention or those with some grasp on science fiction will certainly have his or her theories. Mica Levi's otherworldly, seductively eerie score and Johnnie Burn's immersive sound design are key components to the experimental storytelling. Every time "Laura" leads a new man into the dark abyss, Levi's score is announced like a daunting ritual drum and cinematographer Daniel Landin fluidly visualizes each set-piece as dreamlike and creepy. There is also a staggering moment beneath the black surface between two male victims that is nightmarishly jolting as it is stunningly beautiful.

Entrancing in its sustained, ethereal mood and deliberate, unhurried pacing, the film also has an oblique subtlety. Throughout, as Laura drives around in her van, the camera observes real people in the Scottish town as if it were B-roll for a sociology experiment. Early on, she watches on from shore as a surfer tries to save a man who's trying to rescue his wife and dog from an aggressive tide. Moments later, Laura drags the surfer's body and doesn't even flinch as the drowned family's infant child wails and wails in the sand. It's an unsettling image that of the lone child's cries carrying on into the night as the tide will only get worse. Later, when our man-hunter picks up the "elephant man" and kindly offers to take him to the grocery store that night, she compliments him: "You have very nice hands." In a subtly touching cutaway, the poor young man pinches himself, as if it could only be a dream for a pretty woman to touch or flatter him. Adding to the film's fascinating allure is the following trivia. In the many scenes where our extraterrestrial protagonist charms men from her van, they were unscripted and caught on hidden cameras, "Candid Camera"-style, as the incognito Johansson started conversation with unsuspecting non-actors. It could have stood solely as a gimmick, but it really says something about the male gaze.

One can already tell Laura is not human from the acid-washed jeans she wears, unless the 1980s are making a comeback. Tracing this alien woman's arc from foreigner to predator to human, Scarlett Johansson challenges herself with little dialogue by holding a robotic body language and an emotionless expression between her flirty smiles. With her already-luscious beauty, she captivates with her most fearless, exotic and unforgettable performance. When we see what's under Laura's skin, literally, the last few frames are so indelible, not only in what can be seen and felt on screen but by what it says about humanity. Wildly uncommercial, potentially divisive, and probably only for the most adventurous defenders of outré avant-garde cinema who don't need every question answered, "Under the Skin" is nothing if not the first challenging and haunting visual and aural experience of this year with major staying power. Once the film closes on a white sky of dissipating smoke, you feel like you have really seen something, even if you're a little baffled by what that something might be. Contrary to any forgettable, unoriginal film, this daring, transfixing, masterfully crafted experiment will grow closer and closer in your rearview mirror as you get away from it. One even has an inkling it could become another iconic "Vertigo" or "2001: A Space Odyssey" that will be more revered in the years to come.