The Hungry Outdoors: "Backcountry" harrowing and worth getting rattled about 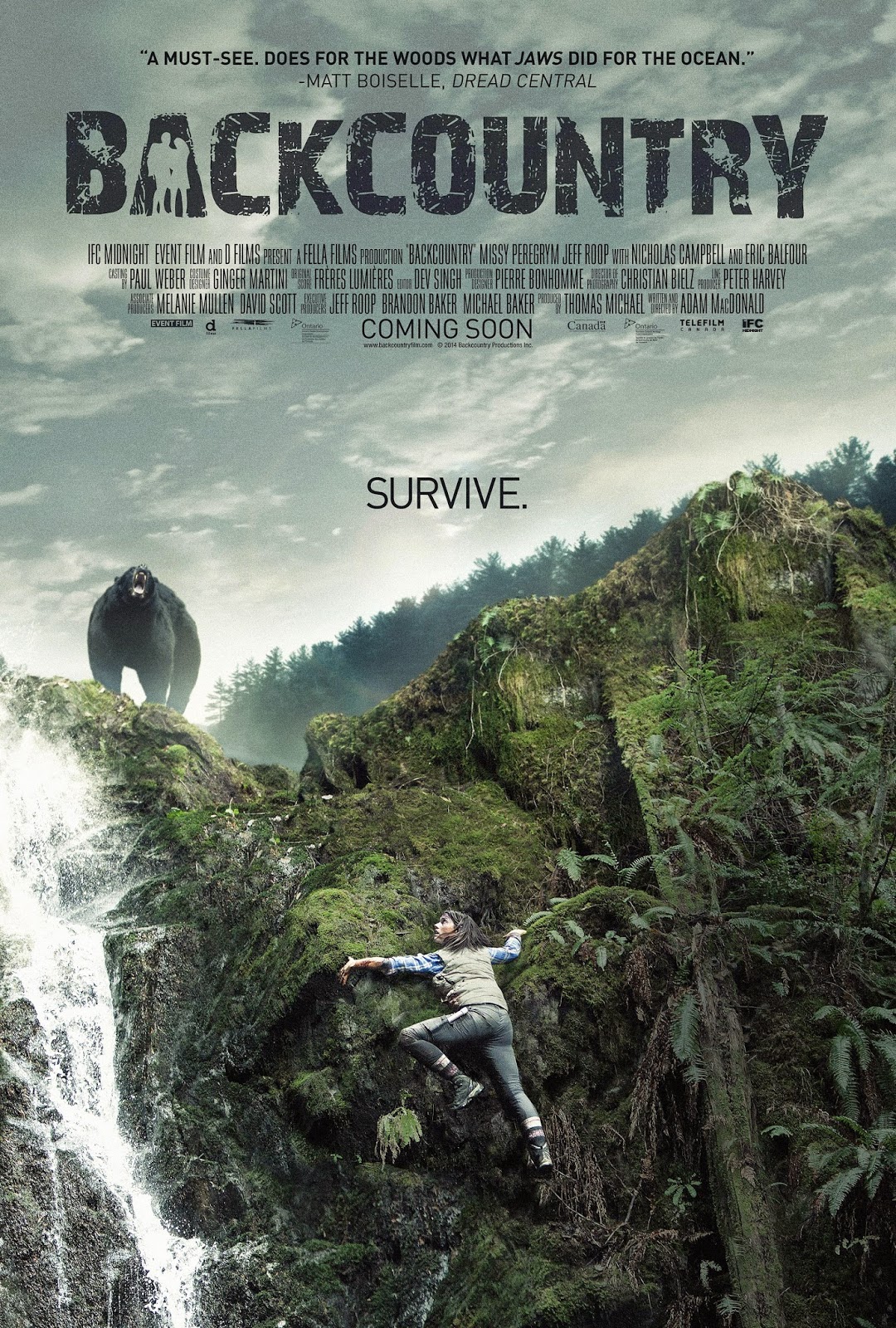 "'Open Water' in the woods" sounds like an accurate logline for IFC Midnight release "Backcountry," a primal, gripping, realistic survival thriller that is as much about the will to survive and the terror in the wilderness as it is about a relationship being taken to the step. It's also based on a true story, but by now, that claim holds little water. Making his feature directorial debut, writer-director Adam MacDonald is confident enough to trust his story by never injecting any contrivances or added peril (i.e. lecherous mountain men, poisonous snakes, etc.) and keeping things tight and simple. He forecasts what is to come with an opening shot of the seemingly peaceful woods and then pans down, as we hear buzzing flies, before cutting to see if the carcass is animal or human. The harrowing tone is set and we're off.

Alex (Jeff Roop) can't wait to take game lawyer girlfriend Jenn (Missy Peregrym) camping in the Canadian wilderness and show her Blackfoot Trail. Once they arrive, she promises to put away her Blackberry in her pack and even comes prepared with bear spray, which Alex scoffs at and insists she won't need it ("We'll be lucky to see anything bigger than a chipmunk"). When Alex goes to collect some more firewood, he comes back to Jenn talking to vaguely flirtatious Irish backpacker Brad (Eric Balfour) and foolishly invites him for dinner at their campsite. Alex isn't too happy about the idea, nor is he too subtle about it in front of Brad. After their dinner and a confrontation, Brad leaves, but he is the least of Alex and Jenn's problems when they get lost. Alex's overconfidence of the hiking spot he hasn't visited since high school and refusal to take the map a park ranger offers him turns into rotten luck for the couple. Little does Alex know that they're in black bear country. To read the rest of the review, go to Diabolique Magazine.