"Stepfather" remake has no real suspense 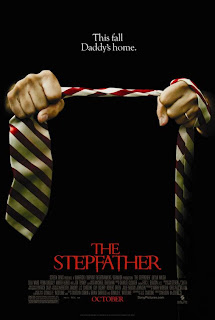 Yet another technically sleek albeit pointless horror-movie remake, "The Stepfather" doesn't have the guts for blood or style for suspense, especially when it's updating the fondly remembered 1987 thriller. After butchering his last picture-perfect family on Christmas day, nutjob David Harris (Dylan Walsh) charms his way into the lives of a Portland divorcee (Sela Ward) and her family, including her reformed bad boy son (Penn Badgley) back from military school. Badgley's not the only one suspicious of his new, smiling would-be stepfather—his real father doesn't trust him and the cat lady across the street says he looks like an America's Most Wanted fugitive—while dim Mom thinks he's too good to be true.

Apparently making a living out of remaking '80s horror films into teenybopper night-outs like "Prom Night," Nelson McCormick is at the helm again and is more interested in jump scares—the “oh-it's-just-a-kitty” trick isn't dead yet, apparently—than rising the tension to a simmer. Every time the music gets quiet, and a shot goes on a few beats too long, we know we're in for a cheap "boo!" scare to make us lose our popcorn. Do these really still work on audiences? With the movie updating the two-decades-old premise for the age of the Internet, the Cell Phone, and CSI, it's even less plausible.

Terry O'Quinn owned the “stepfather” role the first time around, and Walsh is serviceable, acting out an affable veneer with external anger. But he's a pussycat compared to O'Quinn and the performance is more ham-handed than threatening. Badgley is easy on the eyes but is so dour and too old to pass for a teenager. Ditto for Amber Heard as the hot girlfriend who only wears bikinis and undies. Competent enough as TV-movie-level fodder goes, but it's just another nail in the coffin of the horror-remake genre. Not even the title makes sense for this 2009 refurbishing, making it more of a remake of 2007's "Disturbia." Just rent Joseph Ruben's original instead.