Stylish, cool, flawlessly cast "Drive" zooms to the top of 2011 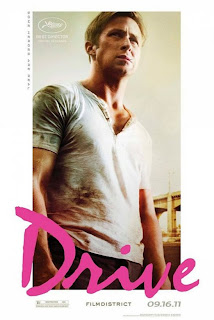 Smooth, alive, aurally and visually stylish, and cast to a fare-thee-well, "Drive" is only a genre piece on the surface. It's a lot more than that; a neo-noirish crime thriller, a character study, a love story, and a mood piece that completely envelops you in its atmosphere. Also, it's sitting pretty as one of the best films of 2011. Danish director Nicolas Winding Refn is known for combining pulpy violence with arthouse aesthetics. 2008's bonkers, expressionistic "Bronson" was Refn's calling card and an explosive "A Star is Born" showcase for Tom Hardy's talents, and now "Drive" is his first cinematic symphony.

Ryan Gosling, known only as "Driver" and sometimes called "kid," is a force of mysterious cool as a part-time mechanic/movie stuntman who moonlights as a getaway driver. He has no real family and doesn't really come from anywhere, but he's lived in Los Angeles for a while and knows his way around the streets as well as he knows his automobiles. Wearing leather gloves and a silver racing jacket with a gold scorpion embroidered on the back, and a toothpick wedged in between his lips, Driver always has a clean escape when it comes to driving and outsmarting the cops. Once he gets involved with his neighbor down the hall, Irene (Carey Mulligan), and her son Benicio (Kaden Leos), Driver is respectful towards the mother and son, and offers a helping hand. When the husband and father, Standard (Oscar Isaac), gets released out of prison and expects to pick up where he left off with Irene and Benicio, the driver politely keeps his distance, until Standard gets in trouble with his "former" thug life. The driver takes on a job that will clear Standard's debts but put his own butt on the line.

When we first meet Driver, it's in the film's spectacular, mostly dialogue-free drive-and-escape sequence, as sleek and methodically paced as everything else. Once that job is over, the next shot of Driver has him dressed in a police uniform, but it's a gag: he's at work on a movie set. Emotions may be hidden under a mood of style and brutality but surprisingly run deep with the unspoken bond between Driver, Irene, and her son. We actually care what happens to this potential family unit. Driver is a man of few words, so the challenge falls upon actor Gosling to add depth and charisma to a cipher, using his own devices. Cracking a smile on occasion and rarely blinking, we can see into Driver's soul and eventually his bottled-up intensity explodes like a pop of a cork. Making the ambiguity compelling, his actions speak a lot louder than relying solely on what's written through dialogue. That's not to say Hossein Amini's screenplay, based on James Sallis' book, is underdeveloped because most, if not all, of the dialogue pops and the twisty neo-noir plotting cannot be predicted.

As the sweet and damaged Irene, Mulligan resonates in the role, even given a limited character on the page. Her courtship with Gosling is so beautifully conveyed without so many words. Bryan Cranston works wit and emotion into his supporting role of Shannon, the kid's garage boss and mentor. Ron Perlman, in showy Joe Pesci mode, chews the scenery as Nino, a loud, hotheaded mobster working in his own pizzeria. And Albert Brooks's turn as Bernie Rose is deliciously deadly, like you've never seen the comic veteran before. He's especially frightening and blackly humorous when he takes his anger out using kitchen utensils. With only an odd five minutes' worth of screen time, Christina Hendricks even makes a memorable impact as a skanky, gum-chewing dame named Blanche, also involved in the job.

"Drive" recalls early Michael Mann ("Thief") from the hot pink, lipsticky credit font to Cliff Martinez's pulsating, '80s-tinged synthesizer music score and songs, including but not limited to "A Real Hero" by College and Electric Youth, and Desire's "Under Your Spell." Director Refn masterfully commands this material with an eye for compositional detail and a real filmmaker's craft to create a dreamy, hypnotic mood. Beautifully quiet calm builds the tension, punctuated by sudden bursts of Quentin Tarantino-esque ultraviolence that will provoke shock laughter. All of this could've been distracting and self-indulgent in the hands of a lesser director, but Refn knows what he's doing. "Drive" isn't really about driving, although the car chases are the most exciting and cleanly edited you'll ever see since 2007's "Grindhouse." There's a lyrical, heart-pounding scene in an elevator, in which Driver grabs a romantic kiss from Irene before he knocks out one of the henchmen and beats his face in with his foot.

From the school of "show, don't tell" filmmaking, "Drive" is a fantastic entertainment for the mainstream, ecstasy for movie lovers, and an electrifying work of art that should make Refn a household name.