You Kill His Dog, You Die: "John Wick" loads of cool, ultra-violent fun 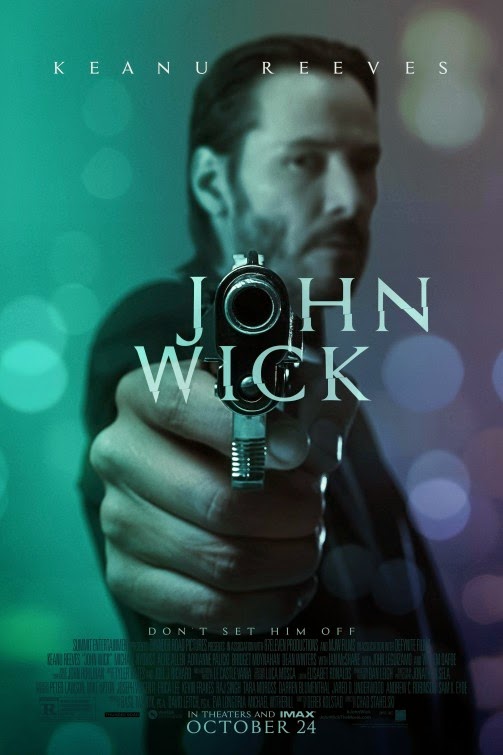 Massively, giddily entertaining pulp in a mindless, balls-out sort of way, "John Wick" leaves dimension and subtext to the Oscar bait, and it doesn't give a damn. Without transcending or playing with the clichés of the revenge-fueled action subgenre at all, the directorial debut of David Leitch and Chad Stahelski (both having choreographed, coordinated, performed and directed stunts in movies for a couple decades) at least upends expectations in how far it goes with its zealously executed carnage. Not counting Indonesia's "The Raid: Redemption" and "The Raid 2," this might be the first Hollywood action film in recent memory to approach violence like ballet. Trashy, ridiculous and stylishly cool, "John Wick" is just fun as a ruthless, thrillingly brutal crowd-pleaser that burns with the fiery anger the titular John Wick feels, aims for gut-level thrills, and indulges in the just desserts of those who deserve it. Quite simply, it's a badass blast.

Mourning over the death of his ill wife (Bridget Moynahan), New Jersey man John Wick (Keanu Reeves) soon after receives an adorable beagle puppy, arranged to be delivered by his wife before she died. While fueling up his '69 Mustang with the pup he names Daisy, John has a run-in with some Russian thugs, particularly the young and spoiled Iosef (Alfie Allen), who would like to buy the not-for-sale muscle car. Later that night, Iosef and his gang of two break into John's house, beat him with a bat, kill Daisy, and steal his car. Big mistake by Iosef, who thinks John is just a nobody. That's way too personal to not get John Wick, a retired hit man known as "The Boogeyman," back into the game, dispatching Russian thugs left and right, right and left. When Iosef learns of what's coming to him by his Russian mob boss father, Viggo (Michael Nyqvist), he and everyone that's out to kill John Wick might as well put a gun to their own heads.

Straightforward, bare-bones stuff as the plot goes, with a screenplay by Derek Kolstad, "John Wick" embraces the basic, stalk-and-kill structure of a hit list with a knowing sense of humor, full-tilt pacing, and efficient, no-frills plotting. After an economic (and upsettingly grim) setup that earns our emotional investment almost by default, the film swings into body-count mode and rarely lets up. In fact, "John Wick" might serve up as many casualties in one fell swoop of its 96-minute run time as one whole horror series. Its gallows sense of humor also allows the viewer to enjoy the film as a graphic novel, first rearing its head when a policeman arrives at John's door due to a noise complaint, sees a dead body and says, "Leave you to it, then." In a couple of amusing details that imply a self-contained crime underworld, there's a 24-hour clean-up crew, led by Winston (Ian McShane), who show up at John's door to wrap up the dead bodies and clean the blood off the walls, as well as a ritzy hotel mecca for mobsters with its own currency. Every scene with the hospitable front-desk manager (a deadpan Lance Reddick) never not gets a laugh.

After much criticism for having as much emotional range as a tree branch throughout his career, Keanu Reeves is still not the most charismatic or expressive leading man. Here, as John Wick, he first palpably conveys a broken frame of mind after losing his wife and the dog his wife left him, and then he gets to play up such a brooding, mysterious cipher as a swift, vicious killer who still isn't immune to pain and injuries. As lead villain Viggo, Michael Nyqvist really registers in the evil department, and he's unexpectedly funny, earning a laugh with the simple utterance of "Oh," while Alfie Allen portrays Iosef as such a loathsome, Eurotrashy punk with a face one would like to smash. Even Dean Winters (best known for his role on HBO's now-defunct "Oz" and all of those Allstate Insurance commercials) grabs attention with his exasperated expressions as Viggo's right-hand guy Avi, and Adrianne Palicki has more fun here than she did in "G.I. Joe: Retaliation" as contract hitwoman Perkins. Willem Dafoe also figures into the plot as one of John Wick's allies, but his key thread has such an anticipated outcome that, in hindsight, just takes up time and becomes a convenience.

Soaked in underground color and bullet-riddled bodies with a pulsating rave soundtrack, the film is dynamically edited and stupendously crafted wholesale in its impressive fight choreography and clean visual coherence. For optimal effect, there is never too tight or shaky of a shot to take away from the thrill. When a genre flick comes along and stylistically punches up a rehashed plot as old as the first gun, it's a pleasure to see one this unapologetic about what it wants to do and be, though last month's "The Equalizer" still has a leg up in terms of more creative paybacks. Had the film been longer than 96 minutes, the crazy fun of the shoot-'em-up action might have drained out and become numbingly repetitive, but it hardly ever does. Not doing more than what it has to accomplish, "John Wick" satisfies as lean, mean ultra-violence and makes the perfect use of Keanu Reeves by giving him spare dialogue, dressing him in a black suit, and letting him fire away.