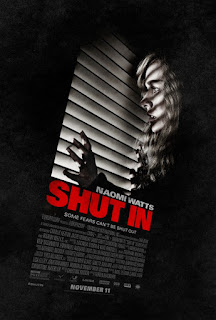 When a film gets shuffled around before its final release and hidden from the press, it’s either a problem on the distributor’s part or the film is just bad. In the case of “Shut In,” it wasn’t worth finding out. There is the sneaking suspicion that first-timer Christina Hodson's screenplay, found on 2012's long-running Black List, was cobbled together from every Lifetime thriller ever put to TV, and director Farren Blackburn (2013’s “Hammer of the Gods”) cannot help but generate more eye rolls than tautly satisfying thrills or genuine scares. Dull, by-the-numbers and really rather dumb, “Shut In” is only a suspense thriller in theory.

Six months after losing her husband in a car accident, child psychologist Mary Portman (Naomi Watts) now takes care of her 18-year-old stepson Stephen (Charlie Heaton), who survived the wreck but has been paralyzed and suffers from brain damage. It’s just the two of them in a big home in remote Maine during the winter, while a weary Mary maintains her practice out of her next-door office. She has made progress with deaf 9-year-old foster boy Tom (Jacob Tremblay), who shows back up at her house one cold night and then goes missing. Wrestling with guilt over Tom’s disappearance and unable to sleep very well, Mary soon begins hearing and seeing things. Then a blizzard comes and traps both Mary and Stephen. Are they alone?

“Shut In” misdirects the viewer into thinking he or she is watching one of three subgenres—a psychological thriller, a supernatural thriller, or a “…From Hell” thriller—but that suspense wears off real quick and trades it in for plodding tedium. In the plus column, the snowswept setting and the house itself (shot in rural Quebec) are great thriller-ready locations, and cinematographer Yves Bélanger (2015’s “Brooklyn”) does give the film a more handsome look than it actually deserves. Then there is everything else. Director Farren Blackburn checks off useless horror tropes as if his life depended on it. There are false alarms and a couple nightmare sequences (or are they?), all cued to instrumental stingers in case we miss them. Our stranded heroine walks outside when she hears a single noise and wisely leaves the front door open; she does this twice. A raccoon even jumps out to give Mary a fright because no cats were available. Finally, it has one of the most protracted run-and-hide climaxes seen in quite a while, as well as an irresponsible finale that can't just be glossed over as self-defense.

The kind of thriller "Shut In" ultimately becomes has been done so many times before, and director Blackburn’s staging becomes pretty laughable, which most likely wasn’t his intent. Spoilers will be avoided—although it’s hard to see anyone gasping in surprise, much less give a damn, about the central mystery—but the film is so derivative that it even copies the twist of a horror film that came out in January. To make matters worse, this specific reveal makes Mary appear quite slow on the uptake. The direction the script does end up taking could have been daringly twisted, but it's just a surface-level "shock" and ludicrous plot holes rear their head the more one actually thinks about them. By that point, though, audiences will have long stopped caring.

As Mary Portman, Naomi Watts is still as good as she can be, but not even she can be a miracle worker; it’s a real shame when such a talented performer gives it her all and the material can barely even meet her halfway. Oliver Platt grabs an easy paycheck as Mary’s helpful colleague via Skype, while Charlie Heaton (Netflix’s “Stranger Things”) gets to scowl and then be immobile, and Jacob Tremblay (the remarkable discovery in “Room”) gets nada without saying a word. Without much more to say, “Shut In” looks like a thriller and smells like a thriller, but it acts more like a snoozer. 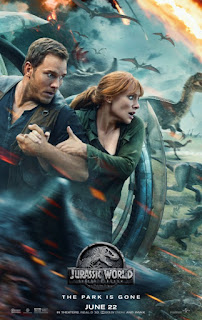