The Weirdest Place on Earth: "Escape from Tomorrow's" daring, sinister ideas and backstory make up for small budget 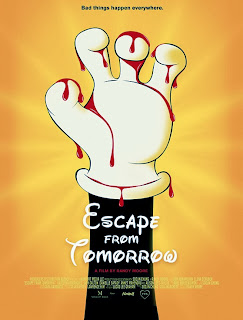 One almost wonders what kind of film "Escape from Tomorrow" would be if it weren't shot with a restrictive budget of only $650,000 and not so secretly, but that could probably never happen, given first-time writer-director Randall Moore's aims and attitude toward Disney World. The mystique of it all is that Moore covertly shot his feature debut at both Disney World and Disneyland via iPhones and handheld cameras without location permits, impressing audiences at this year's Sundance Film Festival from how he got away with making it. First and foremost, the film is a cynical, provocative indictment of the corporate juggernaut and its promotion of widespread child-like joy. It's also a tale of adult paranoia and familial crisis through a hallucinatory nightmare, slapping demonic faces onto the chirpy animatronic children of the "It's a Small World" boat ride and seeing the pure and wholesome Disney Princesses as Asian businessmen-serving trollops. A daringly unsafe, disturbingly sinister, and curiously surreal low-budget coup, "Escape from Tomorrow" might have been more successful as a short film or a behind-the-scenes documentary, but it's here and can't really go unnoticed. 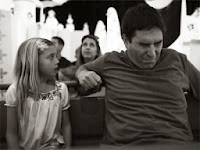 There's always been something a wee bit weird, creepy, and cult-ish about the cloyingly sanitized Magical Kingdom. It's a magical place, especially for the young and young at heart, but, beyond all of the smiles, fun rides, and fantasy, there is a dark, maleficent, even erotic underbelly, especially in writer-director Moore's mind. The "Twilight Zone" narrative begins when the paunchy Jim (Roy Abrahmsohn) gets a call from his boss who tells him he's fired. It being the last day of his family vacation at Orlando, Florida's Disney World, he decides to keep the news to himself and head out to the park with shrewish wife Emily (Elena Schuber) and their two kids, Elliot (Jack Dalton) and Sara (Katelynn Rodriguez). On the monorail with his family, Jim spots two giggly, forever-hand-holding French underagers, who keep popping up in his wandering eye view, and follows them. Then, going from "The Many Adventures of Winnie the Pooh" to "It's a Small World," he starts seeing surreal visions of the ride characters and his family. Throughout the day, as Jim and Emily trade off kids and go their separate ways, the father and husband can't stop tailing the two pretty teens. Even after a lollipop-giving nurse warns Jim and his daughter of the cat flu and Jim's tryst with a flirtatious single mom who might be up to something wicked, things get weirder and weirder from there.

Strangely fascinating not only from imagining how it was made but how it unfolds into delirium, "Escape from Tomorrow" is so ballsy, warped, and effectively ominous in its satirical obliteration of "The Happiest Place on Earth" that one will be chomping at the bit to hear the currently mummed Disney lawyers' reactions. Before everything goes to hell, the film depicts early on how trekking through the park is already a bit of a nightmare for parents, trying to beat the crowds and please their children. In a less conventional sense, both Jim and Emily are unlikable and deserve smacks to the face for different reasons. He's selfish and lecherous, and she's just an audience-annoying nag (she resists every attempt Jim makes at public displays of affection and later scolds him when he gets her the wrong necklace: "You got me, Dumbo? I said Minnie Mouse, Jim!"). Abrahmsohn and Schuber, as Jim and Emily, aren't the most seasoned thespians, but they're competent enough in painting a couple who hasn't been happy as long as they can remember. However, since the film is playing on a universal rite of passage such as a trip to Disney and subverting its sanitized image, their lack of appeal serves the film's purpose in saying that not everyone at the park is perfectly cheery all the time.

Given the guerrilla, on-the-fly filmmaking tactics, the film is decidedly rough around the edges, showing its budgetary limitations with the use of green screen for second-unit footage and some disjointed editing. But, despite not being a polished technical showcase, the notion that it was made at all is pretty incredible. With a gorgeous monochrome palette and ghoulishly bizarre imagery, Moore and cinematographer Lucas Lee Graham manage to strip the magical landscape of its cheer and color, conveying a nightmarish phantasmagoria. Composer Abel Korzeniowski also deserves major props for combining the soaring strings of Old Hollywood into a sensory work of menace. Moore's ideas about imagination, perception, paranoia, disillusionment and a manufactured, uber-happy facade for commercialism and something nefarious are nothing short of admirable, either. The audacious execution of those ideas can even be darkly amusing. For instance, "Wow, it's a giant testicle," Jim comments when he and his family approach the Spaceship Earth ball at Epcot, which could be hiding a mad scientist inside. Those turkey legs sold at the park vendors? They could really be emu meat.

However, even if David Lynch might be envious he didn't think of the inspired and controversial concept first, "Escape from Tomorrow" is ultimately curtailed by adding up to less than it should and getting almost too outlandish for its own good. Does Moore want us to take this family as pawns for satire or genuinely care about their fates? Satirically, it works; dramatically, there is little impact. In the final analysis, though, where Moore faults in some of the drama and less-than-assured pacing, he does achieve an unsettling, unwholesome dream and quite the ambitious stunt for the rule-breaking experimental crowd. It's an oddity destined to polarize audiences that actually seek it out, and if you don't know what to make of it, you will definitely have some second thoughts about taking your kids to the so-called "Happiest Place on Earth." At least the hedonistic Spring Break is what it is. 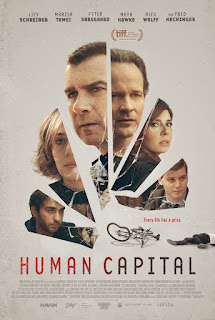 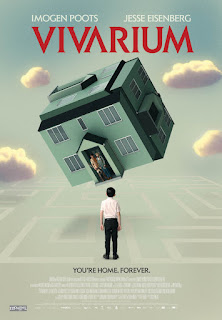 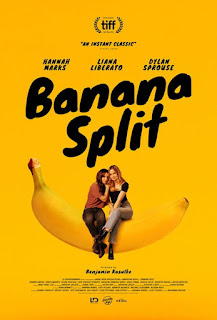 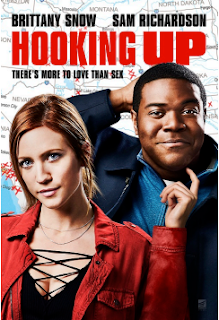