"The Switch" is more than just another baby-daddy rom-com 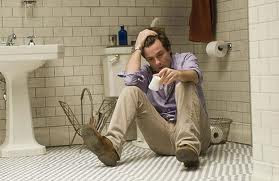 With the terrific The Kids Are All Right out right now and Jennifer Lopez's mediocre The Back-up Plan earlier this year, another preggers-sperm movie wasn't exactly on anyone's wish list. But life is full of surprises, and The Switch ends up a pleasant surprise.

Jason Bateman is Wally, a neurotic Wall Streeter whose BFF, Kassie (Jennifer Aniston), decides to have a baby without a husband. Oh no, raising a baby the 21st-century way! When she finds the perfect sperm donor (not Wally) in a rock-climbing Michigan stud (Patrick Wilson), she throws an “insemination party” (yes there is such a thing, apparently), an inebriated Wally switches the specimen in the bathroom with his own. Seven years later, Kassie's son Sebastian shows some quirks and tics that he characteristically has in common with Wally. Will he keep the switcheroo a secret and that he is the baby daddy?

The setup sounds sitcommy, indeed, especially when it comes from a short story entitled “Baster,” (as in turkey baster, as in sperm), but it's filled in with a lightness and reality by directors Josh Gordon and Will Speck, the duo behind the Will Ferrell comedy Blades of Glory of all things.

Aniston flaunts her usual perky likability with a sexy single-mom appeal, but she's more of a day player in this one. This is Bateman's movie: He's quite prickly for a leading man and doesn't care about being liked, but he's so naturally funny and emotional. Bateman has the comic invention to make puking in a garbage can funny again. And he and little Thomas Robinson, with an adorably google-eyed face, even have more chemistry than Bateman and Aniston do that The Switch is practically an out-of-body switcheroo picture.

Jeff Goldblum spikes up the the side role of Wally's wisdom-dropping stockbroker partner and steals every scene he's in as Jeff Goldblum tends to do. And Juliette Lewis fulfills the wacky gal pal role.

The Switch has some fresh laughs and occasional wit in the dialogue but actually ends up more touching than you'd expect. Despite its desire to produce a conventional rom-com ending, this Jennifer Aniston rom-com should win you over rather than plague you with morning sickness.