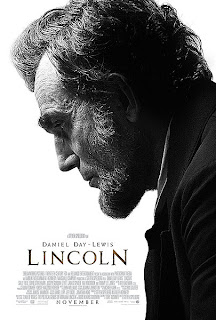 Steven Spielberg, once a notably can't-miss filmmaker, continues to show that he might be losing his magic. Last year, Spielberg's sentimental, old-fashioned "War Horse" wore its heart on its sleeve and beat us over the head with italicized emotions. This year, right in time for awards season, "Lincoln" falls victim to telling over showing, a crutch that makes the film far less cinematic than it should have been. This passion project had been on the drawing board for at least a decade, with Pulitzer Prize-winning playwright and screenwriter Tony Kushner (who first collaborated with Spielberg on 2005's "Munich") whittling down his 500-page screenplay. It was a smart move to get away from the exhaustingly old-hat approach of a comprehensive biopic—you'll get all the rail-splitting and vampire hunting you want in this year's "Abraham Lincoln: Vampire Hunter"—and narrow the script to just the last four months of the 16th president's life. Unfortunately, in the process of lofty idea to the page and screen, "Lincoln" still exceeds its word count as a flat, preordained slog with little new insight into its subject.

The film opens with the starkly beautiful images of a battle, reminiscent of "Saving Private Ryan," with men being bayoneted and stepped on in the mud. Following the truncated carnage, Abe Lincoln (Daniel Day-Lewis) talks to his troops, particularly one black soldier (David Oyelowo) who ends up quoting the entire Gettysburg Address back to him (an early moment that's executed with unabashedly corny contrivance). By the fourth year of the Civil War, Lincoln has already been re-elected, and in January of 1865, he fights to abolish slavery, which means convincing the rowdy curmudgeons in the House of Representatives to pass the 13th Amendment in the Constitution. Check your history book for proof.

Partly inspired by Doris Kearns Goodwin's 2005 book "Team of Rivals: The Political Genius of Abraham Lincoln," Kushner's script is as dry and verbose as a history lesson can get. Despite the reserves of humor and the fact that Abe is refreshingly not sanctified, the script's self-important reverence for language and Big Speeches sucks out the life and blood of a historical account that should be intimate and riveting. Breaking up the monotony of the backroom politics, not too often, are domestic interludes involving Lincoln's wife Mary (Sally Field), who fills him with guilt for the loss of their son Willie, and the homecoming of their older son Robert (Joseph Gordon-Levitt), who makes it his priority to leave Harvard Law School and join the Union Army. In the end, the incessant chatter smothers any sense of pacing or drama that some scenes just lay there.

Considering not many of us watching "Lincoln" were around in the 1800s to vouch for the actor doing his homework, the dependable Day-Lewis is still spot-on and nuanced in the titular role. He not only uncannily inhabits Honest Abe's iconic look and gait but the brilliantly modulated balance of authoritativeness, compassion, and vulnerability. When he tells a folksy anecdote or a joke in that reedy voice, you listen up. It's such an astonishing feat that you almost forget you're watching an actor put on a show. Behind him is a who's who ensemble of actors, who obviously couldn't pass up working with Spielberg, but it's too bad so few of them were written with more to do than just show up. Among the big names and character actors are David Strathairn, Lee Pace, Jackie Earle Haley, Bruce McGill, Michael Stuhlbarg, Lukas Haas, Hal Holbrook, Jared Harris (as Ulysses S. Grant) and the list doesn't even stop there. Instead of Mary Todd being played as an unsympathetic harpy, Field's turn is emotionally fragile and heartbreaking. As the Lincolns' son Robert, Gordon-Levitt has one strongly acted confrontation with Dad, but he's wasted in a subplot that goes nowhere. Luckily, some much-needed comic relief prevails with a live-wire James Spader, John Hawkes, and Tim Blake Nelson as a trio of conniving lobbyists brought in to secure Democratic votes. But, next to Day-Lewis and Field, the other standout is Tommy Lee Jones, who's terrific in crabby yet good-humored mode (complete with a funny wig), as outspoken abolitionist Thaddeus Stevens.

A sturdy, stately production no doubt—Rick Carter's production design and Joanna Johnston's costume design are both meticulous in their authenticity—the film still feels airless somehow. Heroic cinematographer Janusz Kaminski's sepia-toned shots, which you can usually count on to take our breath away with visual richness and macro scope, should appear as chiaroscuro paintings and be just right for the historical period. But, aside from a few striking exterior shots, his work is rendered pedestrian and suffocating. With Spielberg's uncharacteristically stagy direction, this chamber piece amounts to a series of gabfests with men bickering in dreary interiors, which might as well be taken for caves even if this is the time of gas, oil, and candlelight. (The sweeping landscapes and that burning, orange sunset in "War Horse" are surprisingly missed.)

"Lincoln" could've been and should've been something special from the sincere moviemaker, but it's too much of a stodgy, dramatically underwhelming drag. Prior to the Amendment reaching enough "yay" votes, there is the pleasure and suspense in seeing the passage unfold, even though we already know the outcome. However, few moments will be preserved for the ages after leaving the theater. Speaking of the theater: although Spielberg might've thought depicting Abe's assassination in the box of Ford's Theater would be exploitative, it might've powered the coda with a more emotional impact. Sad to say, but true, the film is no more than a long but uninformative Cliffs Notes chapter on the president's final months and will only be remembered as a disappointing footnote in Spielberg's career. Day-Lewis is a monumental Lincoln; as for "Lincoln" the movie, not so much.